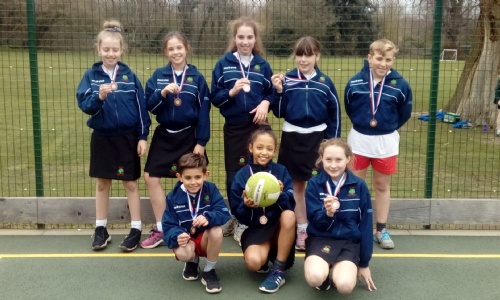 Oakfield's netball team played in a tournament against 8 other schools at Manor House and their performance, attitude and determination were outstanding! They played some brilliant netball, passing the ball accurately, using the whole team and communicating very well. They won 6 of their matches, drew 1 and lost 1. This made it a very close finish which had to be decided by goal differences putting us in 3rd position overall. Congratulations to our fantastic netball team!